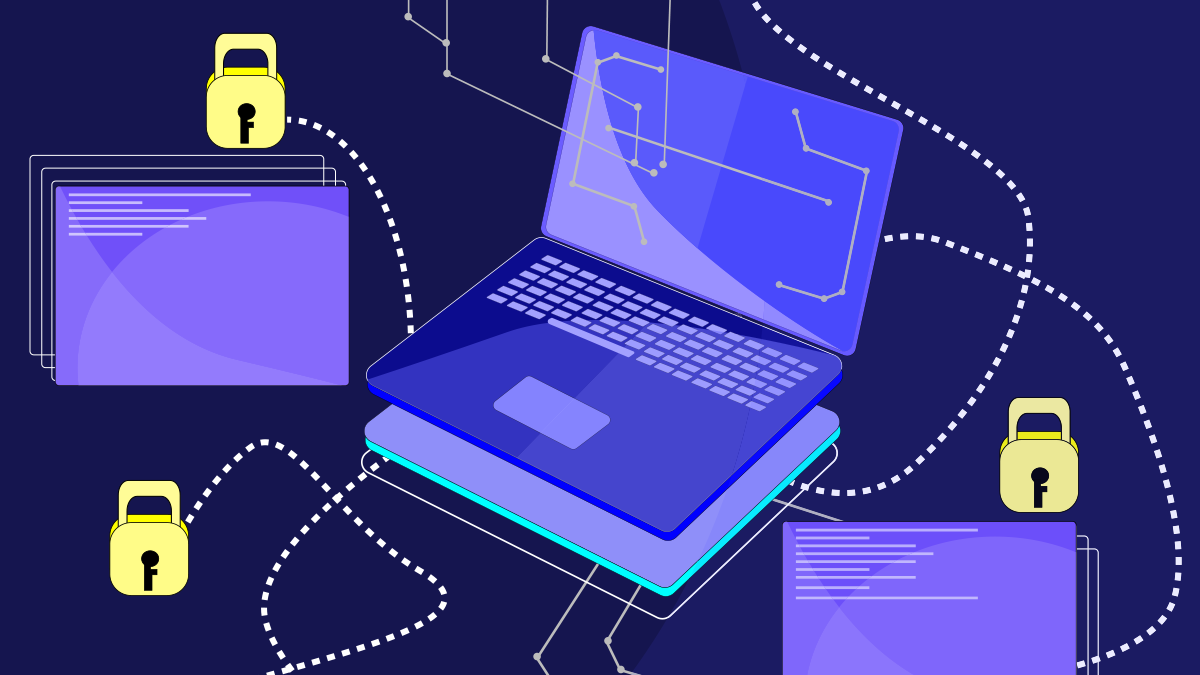 One of the most important processes created to maintain the confidentiality of information is access restriction. The most common authentication processes are password protection and encryption.

The problem of Data security

The widespread introduction of computers in all activities, the constant increase in their computing power, the use of computer networks of various scales has led to the fact that the threat of loss of confidential information in data processing systems has become an integral part of almost any activity

Many users will probably say that there is no important data on their computer that can interest anyone. However, keep in mind that because the laptop sometimes connects to the corporate network, it stores user logins and passwords, authentication data for access to the Internet and corporate network, various registration information, and so on. Meanwhile, the loss of a laptop due to the owner’s carelessness or its theft, for example, from a car, is a fairly common phenomenon. Therefore, at this time the problem of data protection and restriction of access to information has become quite serious.

Considering encryption vs password protection, we should analyze each method in more detail.

Password protection is software that allows you to protect against unauthorized access and protect the passwords themselves. A password is a set of characters entered by the user from the keyboard, which is necessary to confirm the identity of the user, or his authority to access data or to the system. Password protection is used to protect against unauthorized access. Usually, when logging into the system, the user is asked for his login, as well as an authenticator, which is most often a password.

Passwords are used to protect documents, databases, compressed archives, individual files, and entire disks, as well as accounts. With rare exceptions (for example, passwords in web browsers, keychains, or IMAP / POP3 accounts), passwords are almost never saved – neither in clear text nor in encrypted form. Instead, passwords are “hashed”, or rather, converted using a one-way math function. The result of the conversion, if executed correctly, cannot be reversed, and the original password, accordingly, cannot be “decrypted”.

Most cybersecurity experts point to two main criteria for a secure password: complexity and length. According to them, when creating a password, you need to use a long combination using different characters – numbers, letters, symbols, punctuation.

Software systems for the implementation of data encryption, having implemented the algorithms of cryptosystems, are used to develop schemes and methods of encryption, which theoretically can be bypassed only with large amounts of computing power. Modern cryptographic systems provide high stability of encrypted data by maintaining the secrecy of the cryptographic key.

The following encryption algorithms are most often used at this time:

Data encryption is a method of protection in which information is converted into encrypted text and can only be recovered or decrypted by a user with the correct decryption key. Encrypted data, also known as ciphertext, appears to be encrypted or unreadable to an unauthorized person or entity. Therefore, for data protection, a data processing scheme is organized.

So, password protection implies that only authorized users have access to sensitive data. Encryption is a stronger method. Cryptographic protection is generally more effective and cheaper. The confidentiality of information is ensured by encrypting the transmitted documents or all traffic. Encryption is the reversible transformation of data in order to hide information.